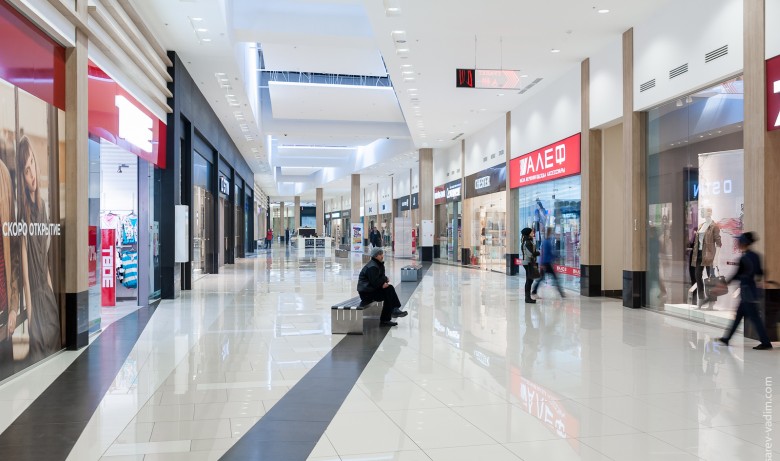 Phase 1 of BCI Design’s Otrada Shopping Park opened in December 2011, comprising 30,000m2 of retail and Moscow’s largest OKAY hypermarket. Phases 2 and 3 are under construction and once complete the scheme will deliver 85,000m2 of covered mall retail. The offer will include a 12,000m2 Hypermarket, a 12,000m2 DIY store, Multi-plex Cinema, Food Court and indoor Aqua Park.

The mall areas are long, flanked with retail outlets and entertainment spaces throughout. A repetition of luminaires in the ceiling would express the corridor length. The architectural development of the ceiling created a perimeter, flanked by the retail outlets, whilst the centre to the corridor ceiling was detailed with change in form and texture.

The general down lighting to the malls were placed within the zone nearest the retail zone, flanking both sides of the mall corridors. To ensure a break in the line of light a shadow gap was created within which the circular down lights. The eye was therefore cast onto a group of light fittings in succession instead of on a repetitive line of light.