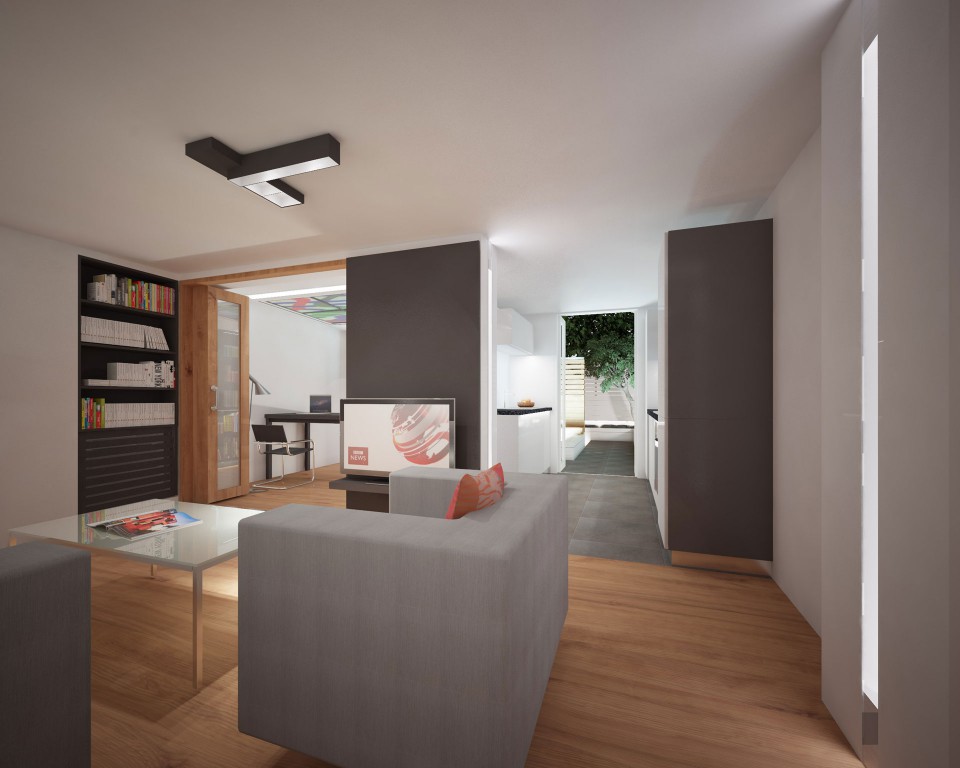 Chelsea once had a reputation as London’s bohemian quarter, the haunt of artists, radicals, painters and poets. Little of this seems to survive now – the comfortable squares off King’s Road are homes to, amongst others, investment bankers and film stars. Chelsea is an affluent area in central London.

This open planned space flowed with minimal boundary from one functional area to another until, eventually, it opened onto a terrace beyond.  The ceiling heights were limited and the opportunity to create a focal point with light was therefore reduced.

Making use of integrated lighting allowed the space to be lit ‘from within’.  Bookshelves were used to incorporate light, creating an attractive feature.  A hand crafted glass feature recessed within the ceiling was backlit to create a glow of light.

The incorporated lighting solution was applied to various garden features which enhanced the outdoor space and drew the eye through the interior past the boundaries of the glass sliding door, that separated the indoors from the terrace beyond.