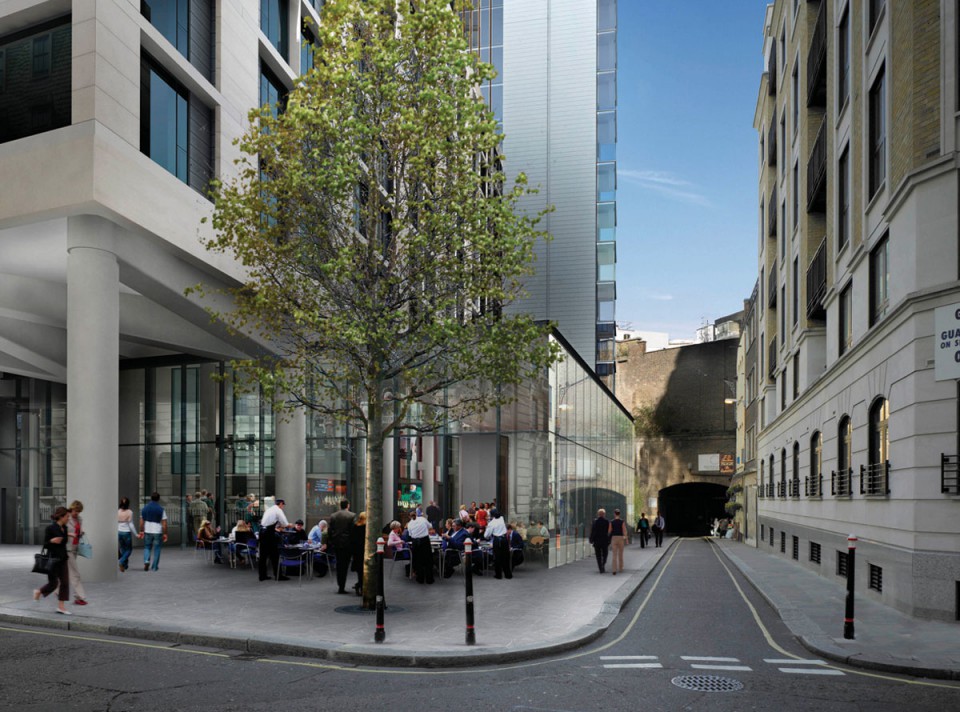 Following the success of Mint Hotel Westminster, Bennetts Associates were commissioned to design a second major London hotel near Tower Bridge on an island site bound by Fenchurch Street Station to the north and conservation areas to the south and west.

Most blocks of buildings are defined by the medieval streets as they fan out from one of the City’s original gates. Extensive landscaping is incorporated into the building in the form of a courtyard extending from ground to roof level, the largest green wall in Europe and external roof terraces at level 11. The hotel houses a bar, restaurant, meeting and conference facilities at ground and level 1, and accommodates 583 bedrooms over a further 9 floors.

The SkyLounge is treated as an identifiable element, which sits discreetly above the adjacent roofs, offering 360 degree views of the London skyline.

This contemporary interior was designed with an emphasis on the view beyond. The lighting needed to be sympathetic to the view and minimising reflection and glare was a priority.

From the outset the visibility of the lamp was considered. The lighting design took into account the reflection of light within the windows. At night when the emphasis is on the view beyond, the lighting was designed and placed to keep the reflection of the interior lighting to a minimum. This allowed the view beyond to be the focal point to the interior. Placement of light was carefully considered in order to provide the desired ambiance within the SkyLounge and meeting rooms.