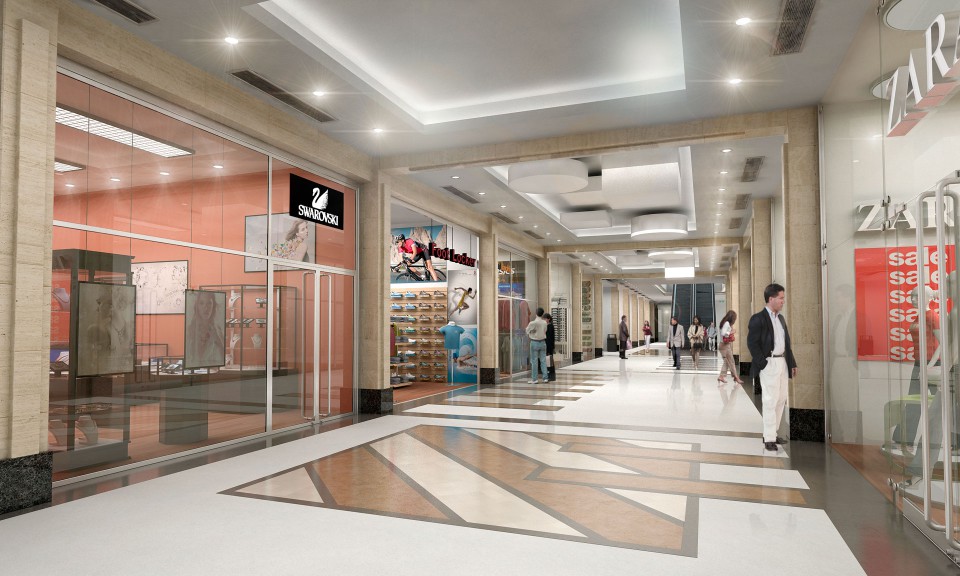 Hyde Park Properties for Development, was the master developer for the entire project, included the Park Avenue Shopping district.

Hyde Park Project was located on New Cairo’s main Ring Road that connects all districts of Greater Cairo with one another and also has direct access to the Cairo/Suez City highway, as well as the Cairo/Ain Al-Sokhna highway. It is only 3 km from the AUC.

Vast spaces often incur the need for a high quantity of luminaires, which in turn can create a mundane ceiling rhythm when spaced.

Within the mall corridors, the architecture broke the ceiling expanse into sections by means of coffers and a variety of shapes.

The lighting accentuated the shapes creating bands of light whilst the coffer was lit internally. The general down lighting was located along the mall perimeter. The food court ceiling was architecturally broken into a puzzle of ceiling pieces, allowing a shadow gap between.

This was backlit to create contrast, therefore accentuating the unusual ceiling.  Seating areas within the food court were addressed with a variety of solutions. The bay areas were lit with an oversized pendant to emphasise the space. Food counters – areas where patrons can sit to enjoy their meal – were lit with delicate pendants instead. The service counters were lit in such a way that they were dominant and clear to read.