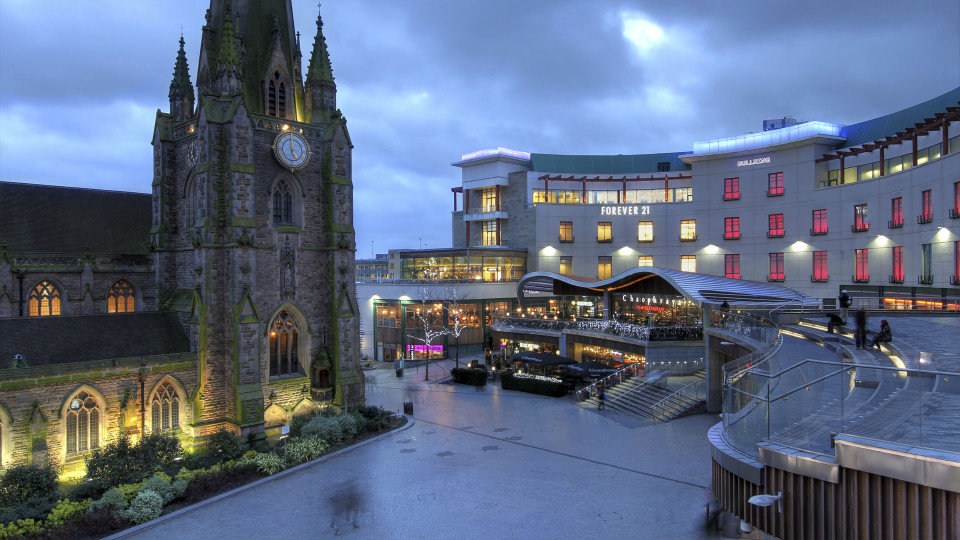 The Bull Ring is a major commercial area of Birmingham. It has been an important feature of Birmingham since the Middle Ages, when its market was first held there.

The current shopping centre was the busiest in the United Kingdom in 2004, with 36.5 million visitors. At the time it housed one of only four Selfridges department stores, the fourth largest Debenhams, and Forever 21. Consequently, the centre has been a huge success, attracting customers from all over the world.

This was a £500 million redevelopment in the City of Birmingham, focusing on the new public spaces, walkways and performance areas including the church.

The vast expanse of the site required consideration of the lighting from a town planning perspective, whilst also taking into account the identity of each building, pubic art and historic landmarks.